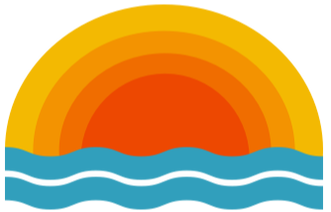 what is the virginia key master plan?
why is it important?

​​Virginia Key is a 1000-acre barrier island that is situated midway between the eastern shore of the City of Miami and the Village of Key Biscayne accessible via the Rickenbacker Causeway in Biscayne Bay.

VIRGINIA KEY MASTER PLAN PUBLIC WORKSHOPS 2007-2009
Virginia Key is a natural resource that many Miami citizens felt deserved to be developed to enhance their ability to experience the area's native beauty. Between January 2007 and May 2009 four public workshops were held to solicit public input regarding the development and protection of Virginia Key using sustainable and environmentally friendly practices. Briefly, the goal was to conserve and celebrate natural resource while limiting commercial development.

VIRGINIA KEY MASTER PLANS CREATED 2010​
Between May 2009 and July 2010 four Master Plans were created.   The 2009 Plan was considered a "preview".  On July 22, 2010 a Consensus Plan was adopted by the Miami Commission - however, another Master Plan was used during the presentation to the Commission.  This second Master Plan, shown below as the Virginia Key Master Plan Presentation,  was subsequently adopted by the Virginia Key Advisory Board as its governing plan at the September 27, 2016 meeting.

The plans were intended to be a comprehensive master planning process for Virginia Key that would serve as a guiding tool to develop meaningful waterfront and public open space areas on the island.  The Virginia Key Master Plan(s) was also to provide policies for the use, development, and management of land; the protection and enhancement of the island’s natural resources while providing the necessary infrastructure and traffic flow to serve future improvements.

Because there are four Virginia Key Master Plans, two of which are dated July 2010 and two which were adopted at different times and by different governing bodies, this complicates the implementation of key policies.  Also the Master Plan, no matter which one, is not binding but is considered as a "guideline." It has been easy, therefore, to embrace parts of the plan and disregard others.

VIRGINIA KEY ADVISORY BOARD CREATED 2015
One of the key elements in most versions was to  set up a multi-jurisdictional Virginia Key Oversight Board to encourage adherence to the basic plan goals. It was not until December of 2015 that the Virginia Key Advisory Board was finally created with the help of then Commissioner, now Mayor Francis Suarez.

THE IMPORTANCE OF THE VIRGINIA KEY MASTER PLAN
Why is the Virginia Key Master Plan important for all of us?  This is OUR opportunity to  continue to develop Virginia Key as a unique park, both green and blue, available for all Miami citizens to enjoy.  It is a guideline that can and should be used to remind our local officials how the public sees the future of Virginia Key.

Alan Tate, author of Great City Parks says, "Your whole sense of place changes when you go into a successful city park. They give you a feeling of going away without leaving town."  This is what Virginia should, and can, mean to all of us.
Of the four Master Plans, below are the two that were "adopted", both dated 2010.  Even though an entirely different plan was used for the presentation for approval (Virginia Key Master Plan Presentation), the Virginia Key Consensus Master Plan was attached to the Adopting Consensus by the City.   To add to the confusion, two different plans were utilized as exhibits for the Request for proposals (RFP). The Flex Park presentation should have been one of the outcomes of the Master Plan.
​